Understanding the type of diabetes you have is part one of this journey. However, research in the pursuit of a cure for type one diabetes (T1D) and type two diabetes (T2D) has unveiled more interesting treatment supplementation options.

No one deserves to suffer from the potential complications of this debilitating condition, and using the correct medications assisted by expert homecare and lifestyle changes can make a huge difference.

Often, taking care of your condition at home with expert guidance is enough to elude the consequences of T2D. However, isolation and loneliness can impact your progress when you’re trying to manage diabetes.

A study published in the BMC Journal in 2017, called “the Maastricht study,” provided a new outlook on socializing and diabetes. With nearly 3,000 participants between 40 and 75, the study showed a correlation between diabetes and loneliness.

Social activity was collected from all participants through self-report questionnaires.
A third of the participants were either diagnosed with T2D before or during the experiment.

The study found that male and female participants with smaller social networks were more likely to suffer from T2D.

Additionally, the proximity of the social network, including friends and relatives, was another determining factor for women with T2D, while men with housemates were less likely to have T2D.

The three main social factors contributing to T2D and its magnitude are social isolation, no friends close by, and too few friends and interactions. Although no clear scientific basis is known for these findings, the correlation is quite intriguing and likely has significant value.

High-risk T2D people should broaden their networks and increase social interaction frequency as it may improve diabetes management.

People with T1D should also follow expert advice to care for themselves at home; however, they might have another interesting advantage with a different medication.

The University of Colorado Anschutz Medical Campus found that a common drug listed on the World Health Organization’s (WHO) essential drugs list also doubles as a diabetic supplement for people at risk of T1D or the progression of its early stage.

A blood pressure drug called Methyldopa has proven to block the human leukocyte antigen serotype group eight (HLA-DQ8) molecule, which is responsible for attacking your beta cells in the development of T1D.

About 60% of people who have a risk of developing T1D possess this molecule.

A supercomputer was used to run algorithms to determine the efficacy of the Methyldopa, and not only did it prevent the molecule from destroying beta cells, but it also didn’t impair other immune cells.

The university researched the drug over ten years on mice and T1D patients.

The greatest goal of this medication is to delay the onset of T1D, and it’s worthwhile to discuss this treatment with your physician if you have the HLA-DQ8 trait.

The best evidence of diabetic remission is through weight loss. Losing a mere five percent of your body weight can lead to remission. This was confirmed in a pilot study by McMaster University in Canada conducted to see if weight loss causes remission.

Eighty-three participants with T2D were placed on an 8- or 16-week intensive metabolic program combined with oral medication and lifestyle therapies to lose weight.

Forty percent of the participants managed to quit their medication at the end of the program. In addition, 28 individuals were still in remission after the three-month post-trial check-up.

Research performed at the University of Southern California successfully reversed T2D in mice with a fasting-mimicking diet, which includes minimal calories and fasting that promotes cellular regeneration to increase beta cells.

The most profound results came from the Diabetes Remission Clinical Trial (DiRECT), which found evidence of diabetes reversal in T2D. The UK study included 298 patients.

Participants were limited to no more than 850 calories a day over five months, and this included plenty of water, health shakes, and low-calorie soups.

Remission was determined in patients who sustained long-term blood glucose levels of 48 millimoles per mole (mmol/mol).

Losing weight is undeniably the best way to reverse T2D.

Managing diabetes type one or two is becoming simpler with the research behind supplementary lifestyle and drug changes. Dropping a few pounds is never a bad idea. 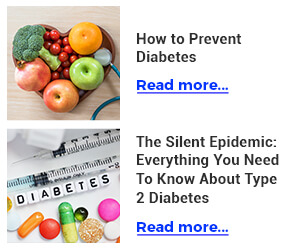